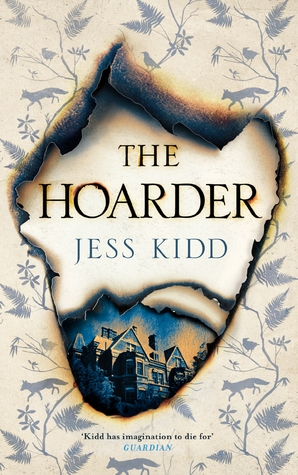 Maud Drennan is an underpaid care worker who has been given a new case. A man who made the last carer run away, and he was meant to take no crap from anyone. Cathal Flood is a tempered Irish man who now lives alone with the feral cats that come to visit him.

Did I mention that Maud can see a cast of Irish saints?

Personally, I’m not sure why the saints were added into the story. I feel like they were just a plot device that wasn’t needed. Whilst they showed how Maud was feeling, they didn’t progress the story any better than just the ghost of the family could have.

It was definately a gripping read and one that kept me going, but not one that I could re-read. Once you know the story, you just feel like you know it in and out. It is a book that would be good on a holiday, something you can easily read during the holidays.

The writing was easy to understand and follow but some of the ideas could be an issue for any one who is not used to fantastical elements. Still one to try and i’m sure one you will enjoy!

This site uses Akismet to reduce spam. Learn how your comment data is processed.